The Notebooks of Malte Laurids Brigge


But wanted in those days was that profound indifference of heart which sometimes, early in the morning, in the fields, seized him with purity that he had to start running, in order to have no time or breath to he more than a weightless moment in which the morning becomes conscious of itself. The secret of that life of his which had never yet come into being, spread out before him. Involuntarily he left the footpath and went running across the fields, with outstretched arms, as if in this wide reach he would he able to master several directions at once.

He peeled himself a willow flute, threw a pebble at some small animal, he leaned over and forced a beetle to turn around: none of this became fate, and the sky passed over him as over nature. Finally afternoon came with all its inspirations; you could become a buccaneer on the isle of Tortuga, and there was no obligation to be that; you could besiege Campeche, take Vera Cruz by storm; you could be a whole army or an officer on horseback or a ship on the ocean: according to the way you felt. 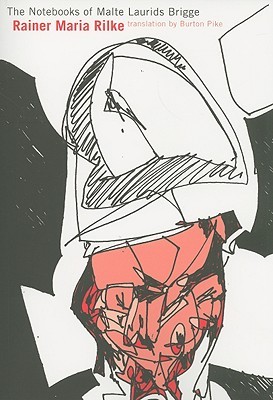 If you thought of kneeling, right away you were Deodatus of Gozon and had slain the dragon and understood that this heroism was pure arrogance, without an obedient heart. Though afterward, you had to go home. My God, how much there was then to leave behind and forget. For you really had to forget; otherwise you would betray yourself when they insisted. No matter how much you lingered and looked around, the gable always came into sight at last. The first window up there kept its eye on you; someone might be standing there. The dogs, in whom expectation had been growing all day long, ran through the hedges and drove you together into the one they recognized.

And the house did the rest. Once you walked in to its full smell, most matters were already decided. A few details might still be changed; but on the whole you were already the person they thought you were; the person for whom they had long ago fashioned a life, out of his small past and their own desires; the creature belonging to them all, who stood day and night under the influence of their love, between their hope and their mistrust, before their approval or their blame.

It is useless for such a person to walk up the front steps with infinite caution. They will all be in the living room, and as soon as the door opens they will all look his way. He remains in the dark, wants to wait for their questions. But then comes the worst. They take him by the hands, lead him over to the table, and all of them, as many as are there, gather inquisitively in front of the lamp.

They have the best of it; they stay in the shadows, and on him alone falls, along with the light, all the shame of having a face. Can he stay and conform to this lying life of approximations which they have assigned to him, and come to resemble them all in every feature of his face? Can he divide himself between the delicate truthfulness of his will and the coarse deceit which corrupts it in his own eyes? Can he give up becoming what might hurt those of his family who have nothing left but a weak heart? No, he will go away. For example, while they are all busy setting out on his birthday table those badly guessed presents which, once again, are supposed to make up for everything.

He will go away for ever. Not until long afterward would he realize how thoroughly he had decided never to love, in order not to put anyone in the terrible position of being loved. He remembered this years later and, like other good intentions, it too had proved impossible. For he had loved again and again in his solitude, each time squandering his whole nature and in unspeakable fear for the freedom of the other person.

Slowly he learned to let the rays of his emotion shine through into the beloved object, instead of consuming the emotion in her. And he was pampered by the joy of recognizing, through the more and more transparent form of the beloved, the expanses that she opened to his infinite desire for possession.

Sometimes he would spend whole nights in tears, longing filled with such rays himself. But a woman loved, who yields, is still far from being a woman who loves. Oh nights of no consolation, which returned his flooding gifts in pieces heavy with transience. How often he thought then of the Troubadours, who feared nothing more than having their prayers answered. All the money he had acquired and increased, he gave away so as not to experience that himself.


He hurt them by so grossly offering payment, more and more afraid that they might try to respond to his love. For he had lost hope of ever meeting the woman whose love could pierce him. Even during the time when poverty terrified him every day with new hardships, when his head was the favorite toy of misery, and utterly worn ragged by it, when ulcers broke out all over his body like emergency eyes against the blackness of tribulation, when he shuddered at the filth to which he had been abandoned because he was just as foul himself: even then, when he thought about it, his greatest terror was that someone would respond to him.

What were all the darknesses of that time, compared with the thick sorrow of those embraces in which everything was lost? The acclaimed poet's only novel heralded an identity crisis in literature.


I should rather have thought that they came here to die. But none of that glam and glitter can be found in his novel. In the midst of it all is a young Dane with no money, the offspring of an old noble family, who tries to define himself as a poet in Paris. He hardly even notices the beauty of the city on the Seine with its wonderful parks and impressive architecture. Instead, Malte Laurids Brigge sits alone in his room, listening to the sounds of the street outside, and is scared — scared of life, and of his own dreams.

When Rainer Maria Rilke completed his only novel in , one he had started writing six years previously in Rome, he had integrated many of the notes and lines he had written in letters during his many longs stays in Paris beginning in The then year-old poet had already become famous for his polished poetry, but life in the pulsating metropolis upset the sensitive writer from Austria.

There is no true plot to the novel, and it's no classic story. Instead, the book is composed of dairy entries, prose poems, and descriptions. It's a maelstrom of associations that reflects precisely the insecurity that Rilke felt and which he projected into the character of his novel.

Rilke became a seismograph of this turn of eras. We've compiled this list of online links to direct you to the publishers of out must-read books, where you can purchase them. German author Bernhard Schlink is best known for his international bestseller "The Reader. New government, new foreign cultural policies? Johannes Ebert, Secretary-General of Germany's Goethe-Institut, speaks about the culture institute's plans for cross-cultural dialogue.

Rilke and the question of self-identity